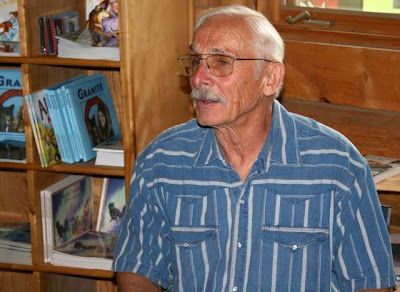 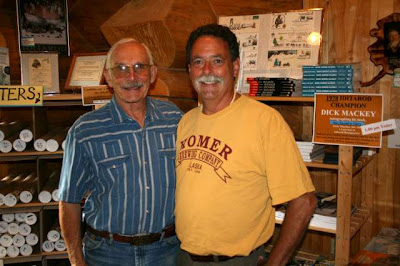 Idita-support fans may recognize the face on the right, Kelly Mulford, who has been visiting Alaska, who poses with Dick for my camera. 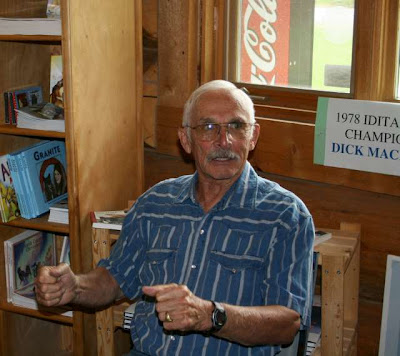 I'm not sure if Donna was still filming at this point or not, but Dick was talking about his, oh, so close win, and sled problems. 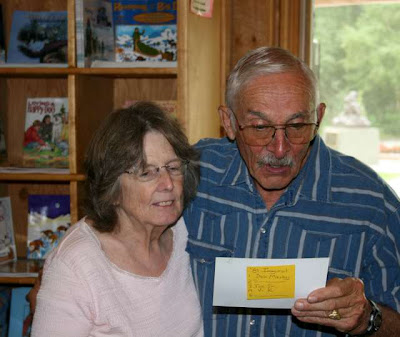 Iditarod Race Director Joann Potts shares an ol' photo with Dick. My photo of the photo didn't turn out well, but it shows Dick among the group that visited Washington DC in 1981. 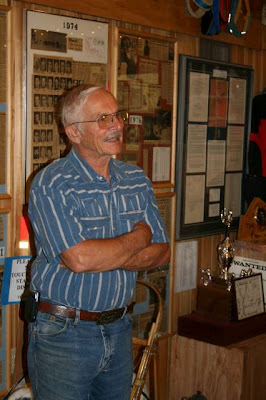 Dick waiting to be interviewed. 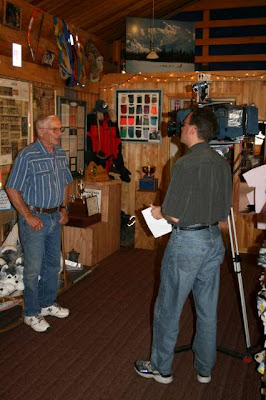 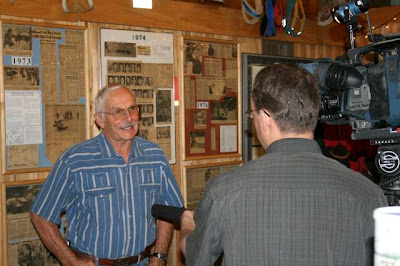 I don't know why, but I just love looking over the shoulders of others who are taking photos, too, this time video.
Posted by June at 4:08 PM No comments: