A Visit From Musher Perry Solmonson 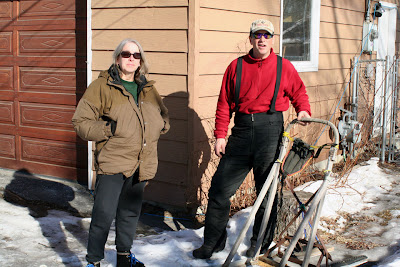 Perry dropped by today with his local hostess, Donna Quante, and I snagged a few photos. He's taking the ol' toboggan sled that was sitting in my garage and will be refurbishing it. 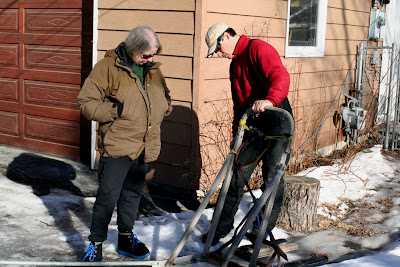 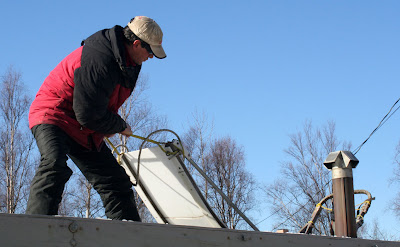 Turns out it's probably a Tim White sled, circa the 80's, so cool to see it "rehomed" with Perry, who'll have a blast refinishing it and getting it back to its original purpose. 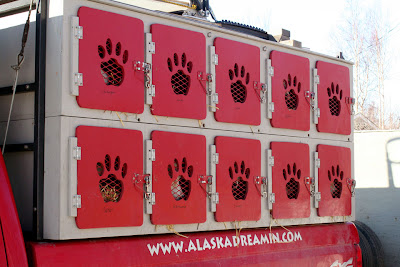 He had the dogs with him, too, since he was itching to get out on the trails again. I was glad to see him, give him a hug, and see that he was his usual upbeat self after having to scratch. While he's obviously bummed to not still be out on the Iditarod Trail, he knows he did the right thing for his dogs, which is the important thing for me. I admire Perry, in fact, for being able to put his ego and wants aside for the benefit of some dogs that just weren't liking what they were doing. This is what being an Iditarod musher is really about, doing the right thing for the dogs.
Posted by June at 4:54 PM