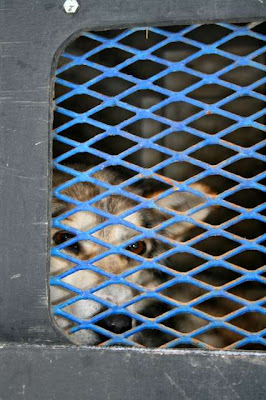 Unfortunately I wasn't able to stay long, but did make a point of making a pit stop at HQ late this morning to snap a few photos of Eric Rogers' dogs while he had them there for their blood work and EKG's. Here they are lounging in the truck just after arrival. 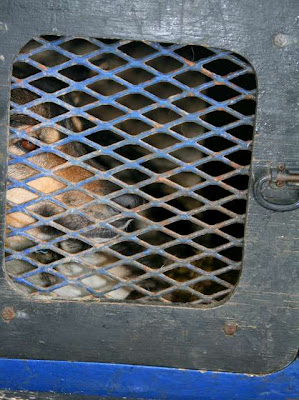 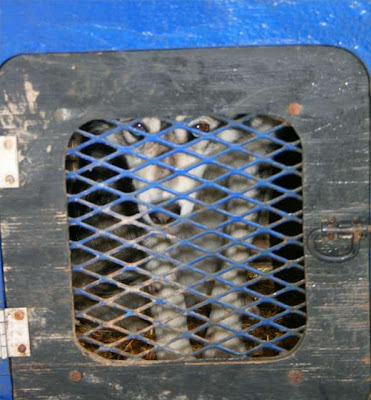 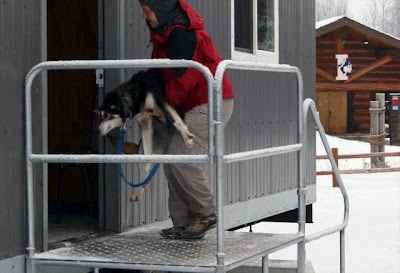 Amazing, these tough Iditarod dogs who'll tackle the Happy River Steps and overflow without balking usually don't want anything to do with the steps into the trailer. 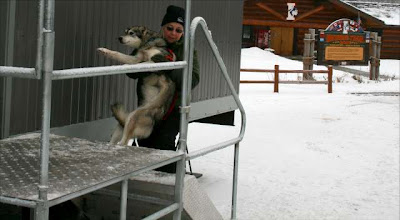 Bonnie tried to convince Dash to give the step a try but Dash wasn't having any of that. She seemed convinced these steps were just waiting to eat an Iditarod sled dog. 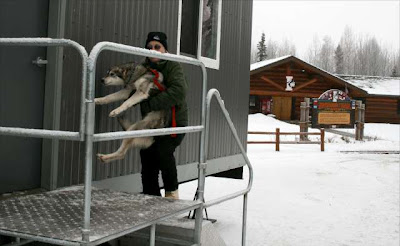 Deciding it was easier to carry Dash than reason with her, Bonnie just picks her up and carries her up the steps. Don't feel bad, Bonnie. I watched Bjornar Anderson have to do the same with almost of of his team one year. 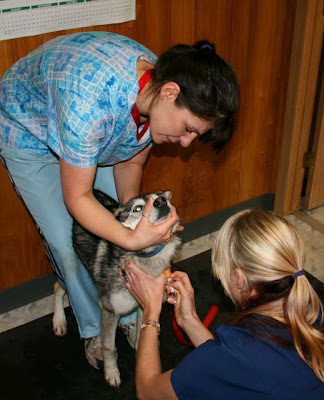 Once inside, Dash wasn't any happier as she had to, first, give blood, then eventually head to the table for the EKG. 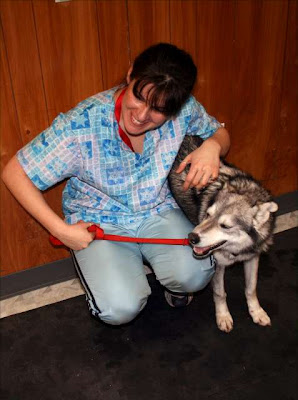 First, however, Dash made a quick fan in one of the vet techs. She knew just the right spot to scratch to make Dash willing to forgive almost anything. Just another day in the life of an Iditarod sled dog.
Posted by June at 12:33 AM