Lois Harter: A Celebration of Life

I attended the Celebration of Life service yesterday for Lois Harter. Lois was not only my friend, but one who changed my life in ways I doubt she ever recognized. I took a few shots in an around the service, but first a few of my favorite memories of Lois as revealed by my photo stash. 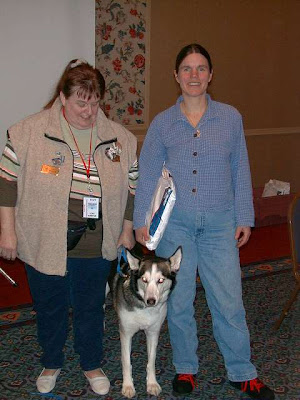 Lois with not only Susan Butcher, but Zuma, who Lois brought to life as the Iditarod's Canine Reporter on the organization's website. This was taken after one of the winter teacher conference sessions. 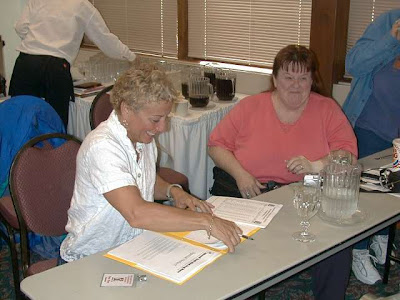 Lois was also one of the forces behind the Iditarod's Teacher on the Trail program. She's shown here at one of their early summer workshops for teachers, with DeeDee Jonrowe, who was one of the speakers that year. DeeDee was filling out her paperwork for her entry in the next years race at the next day's musher sign-up. 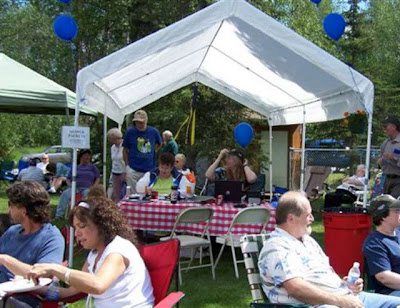 I only realized how few photos I have of me with Lois when I started looking for them. I'm not even sure who took this one, but it's from an Iditarod Summer Picnic. Lois had just drafted me to enter musher names into the computer in front of me (that's me with my arms up, adjusting my hat) as they fulfilled notary needs. This might have been '04 as we all appear to be mostly dressed for warm weather and it was very warm that year! 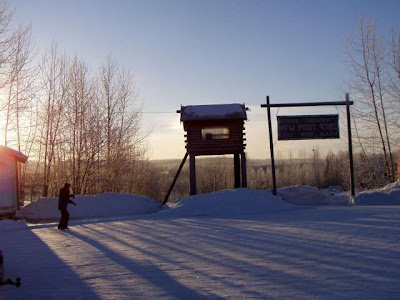 I rode to the Celebration of Life for Lois with another longtime friend of hers, Barb Redington, who was there both as a friend and to represent the Redington Family. Barb is shown left, taking a photo of the old cache that stands outside the VFW in Eagle River that once served as Checkpoint #1 for the Iditarod. The sign, right, commemorates this fact. 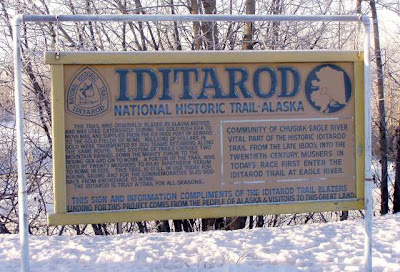 Another Iditarod connected piece of scenery, a historic trails sign outside the VFW Building. 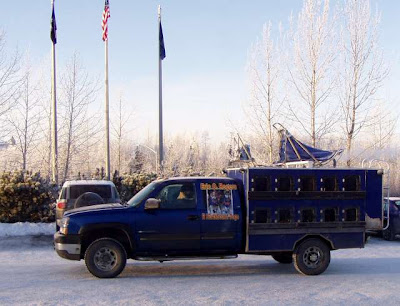 Somehow, as we entered, it seemed very appropriate to turn and see a dog truck pulling into the parking lot for the service. Eric Rogers, pulling in. 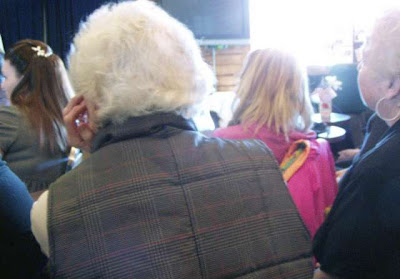 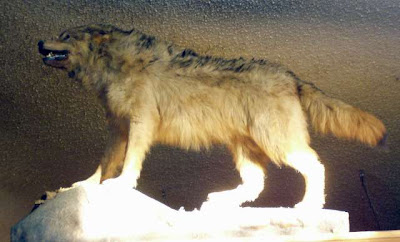 Lois loved wolves and I couldn't help but think she was smiling as I noticed the wolf standing guard above the stage the service was conducted from. 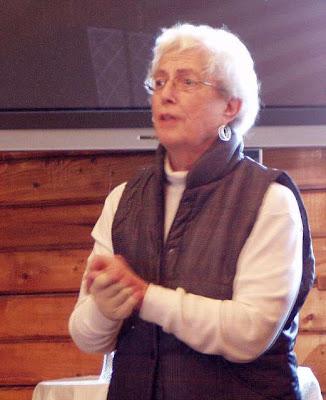 Peg Stout, aka DeeDee's mom, spoke about Lois' dedication to and efforts on behalf of the Iditarod's teacher program. 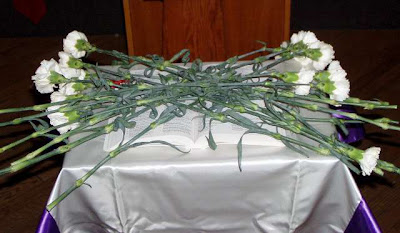 Flowers were laid in honor of Lois. 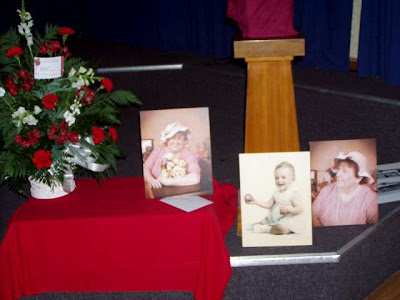 Part of the display. 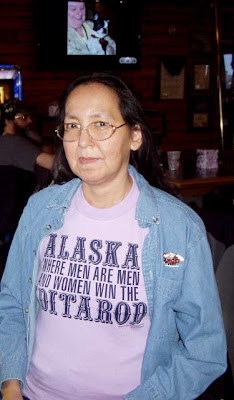 One of the things mentioned in Lois' obituary was her role in helping create the saying "Alaska: Where Men Are Men and Women Win the Iditarod," so it seemed a must to catch a photo of the t-shirt Barb Redington chose to wear to the service. We all miss you, Lois.
Posted by June at 1:43 PM

Thanks for sharing this with us.