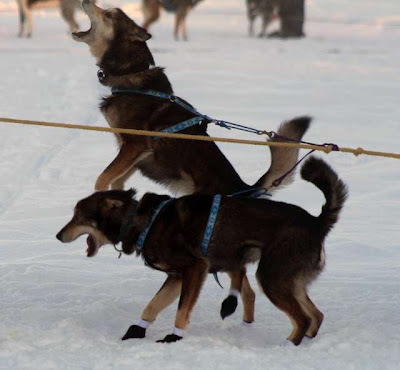 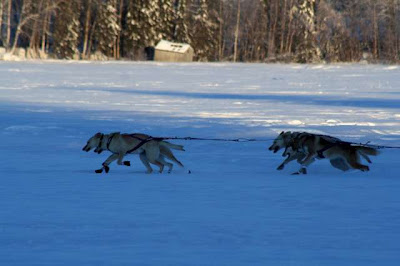 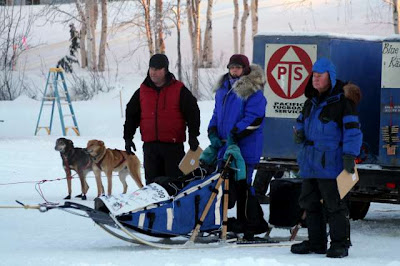 Karin waits patiently for her turn to start. 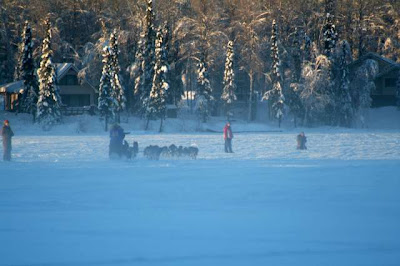 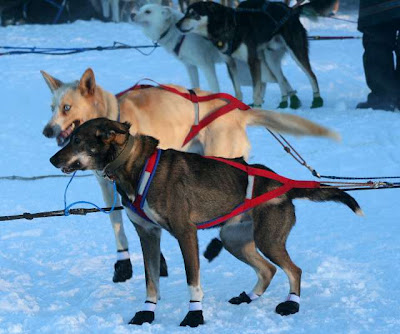 Check out that vertical leap of the rear dog! 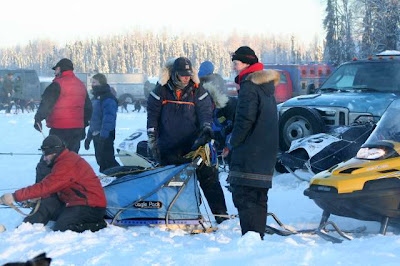 See the snow machine? This is the sled DeeDee sorta tackled to stop a wannabe runaway team. Mike Jonrowe brought up the snow machine to tie off the sled since no way they were going to be able to back up those dogs to tie them off to the truck again. 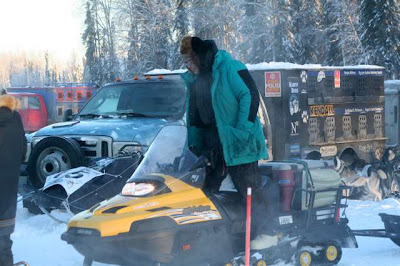 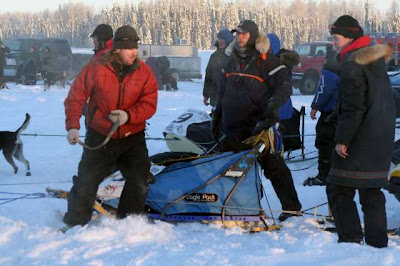 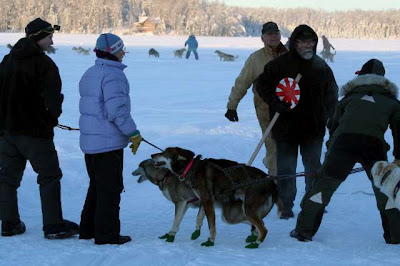 Bud Smythe, with what served as the start flag, checking things out to make sure everyone/thing is okay. 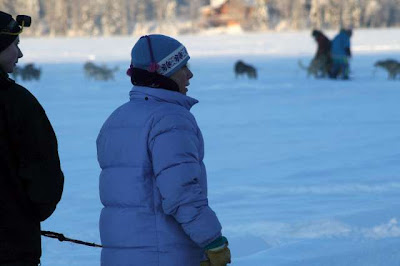 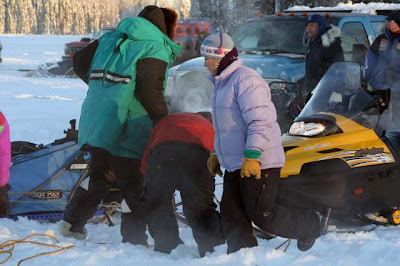 Had to laugh cos I spent the longest time looking for DeeDee in her now trademark pink, only to discover she wasn't in pink today since she wasn't racing. 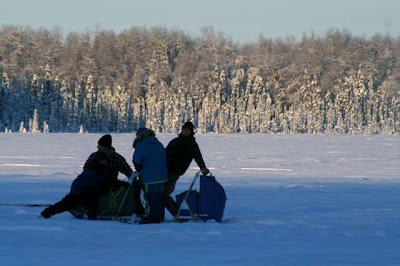 This shot doesn't show the dogs, but it's one of the wannabe runaway sleds that made it further out on the lake than the Jonrowe team did. Still not sure who it was, but maybe someone can enlighten me?

The problem for the musher in the photo above is that his team was beyond hyped and it took lots of folks to keep them in place while several other teams passed. The front team is passing.

Fuzzy focas, but a view of the dogs crossing toward where they'll turn right to head off the lake. 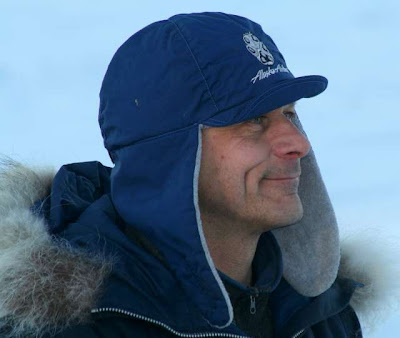 Martin Buser wasn't racing, but was handling for a couple of his handlers today and would be heading out on the trail to provide support and share his expertise with all the teams on the trail. More than a dozen of the teams that started today are using it as a race to qualify for the Iditarod. Not necessarily rookie mushers, but not many would turn down a chance to hear Martin's words of wisdom, I'm sure. 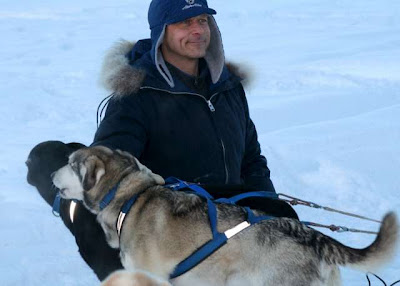 Martin hanging out with Magnus' leaders. 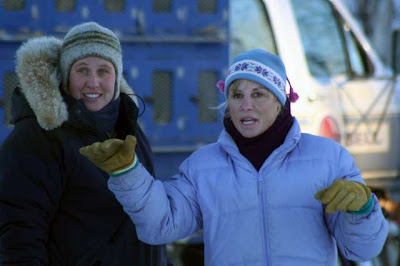 I just love the expression on DeeDee's face, made all the more emphatic by her sign language. Ha 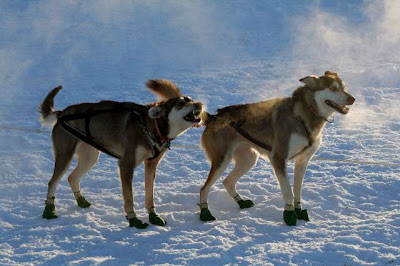 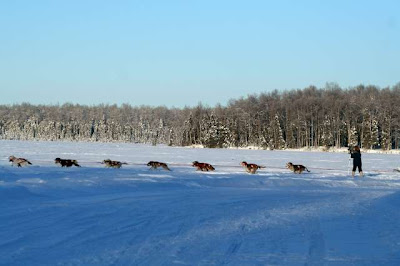 Donna, was this you shooting pix? Couldn't tell from where I was. 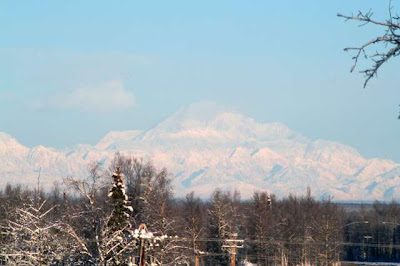 Just to make my day even more lovely, Denali was out as I headed home.
Posted by June at 5:04 PM