How to Enjoy the Iditarod 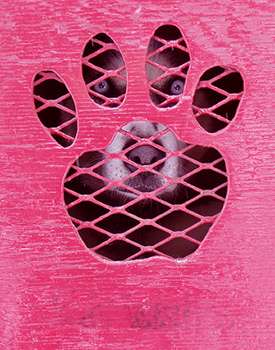 I own and moderate an email list for Iditarod fans. Just as the list mentored me in 2000 when I was plotting my first trip, it's been my pleasure to do the same for others, a sort of "pass it forward."

Here's an email I/the list recently received and my response.

---- Original Message ----- >
I'm going to Alaska for the Iditarod start!!!!!!!! I am thrilled, this is something I have wanted to do for years and thought I would never get there -- this year everything has come together and I am GOING!!!!!

OMG!!! I am so gassed! And reality is starting to hit....What do I need for clothing? I have lived in south Texas for over 30 years and any cold> weather gear Ihad in Michigan is long gone or grown out of.

By the time I got a chance to answer, the clothing issues had been dealt with, mostly a la "layer, layer, layer," so I focused on the experiences she could expect to have. My response is below....

It sounds like you're getting lots of good advice, Bilinda, but don't hesitate to ask questions as they occur to you, even if they might seem silly to you. Trust me, I was the queen of dumb questions back when I was alternately elated that I was coming to my first race and terrified I'd somehow freeze into an ice-cube.

Man, thinking back to my "rookie run" as an Iditarod fan, who'd have ever guessed I'd be living here in Alaska now. Well, okay, Lois. She knew I was hooked on Alaska before I did, as did the likes of Rosemary and Dillingham's, I'm sure, not to mention many still living ini the Lower 48.

You'll have a blast, but, as I said earlier, beware. While the race is addictive, it's Alaska that has called to me and so many others. No lie, I'd give up ever seeing the Iditarod again before I'd give up Alaska.

As far as the usual first gathering of Idita-support folks (members of our list), that seem to tend to be on the Wed. at the vet check out here in Wasilla at Iditarod Headquarters. You've got to be careful not to be a nuisance or get in the way of the vets doing their jobs, but can be fun. We never seem to have a specific spot to meet, but do manage to stumble into each other pretty quickly. Do you think that could have anything to do with the visibility of Betty in her subdued orange outfit? We've done lunch after a few times, tho' I was so sick last year that I pretty much bailed on everything, I'm afraid.

Thursday's the musher banquet, which I swear every year I'm never going to again, but somehow manage to wind up attending. It's a good day for musher viewing, too, as the hotel will be hosting the final pre-race musher meeting. You're likely to find several Idita-supporters hanging out in the Fancy Moose, so keep your eyes open.

There's a book fair with Idita-authors and several presentations on Friday at the hotel, too, that while geared to the teachers are open to the public. I know Paulsen is speaking, but kinda think you'll want to hear Gay Salisbury, who was speaking this year again, too, at least the last time I looked at the schedule. I know, I know, I need to catch up on my Idita-homework. So sue me, Diane (Johnson, ITC's Education Director), I'm woefully behind on all things Iditarod, even the teaching stuff.
Posted by June at 2:52 PM

Just thought I'd say Hey!!!! We you the one who was asking me where I was working on the internet? Take it easy, I'm enjoying this California weather!!!! I just moved here from the east sooooo :)

Hi, i was looking over your blog and didn't
quite find what I was looking for. I'm looking for
different ways to earn money... I did find this though...
a place where you can make some nice extra cash.
I made over $900 last month having fun!
make extra money now