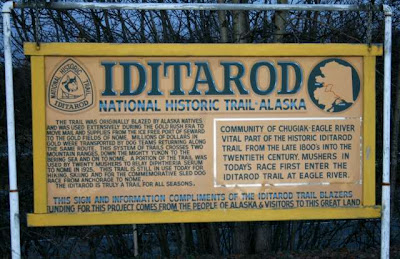 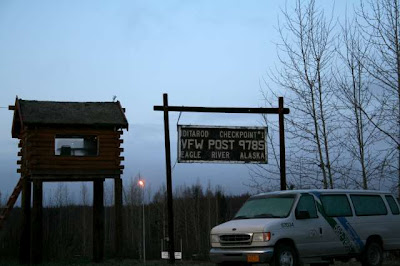 The Eagle River VFW still boasts its sign about being an Iditarod Checkpoint even if the race hasn't gone through there in ages. The cache, btw, is the one that holds the webcam for the stretch of the Glenn Hwy. that runs alongside this section of town. 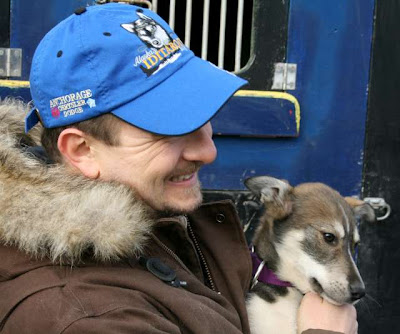 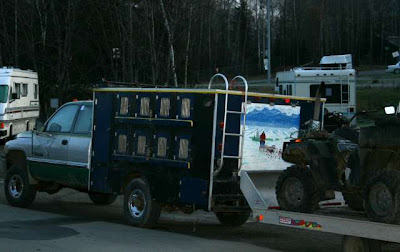 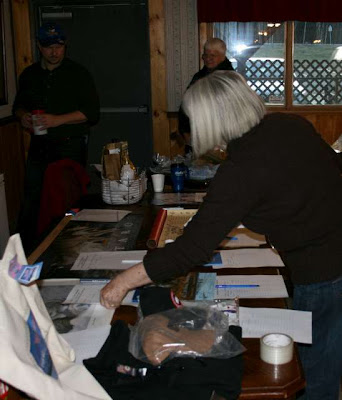 Inside the VFW, Bonnie was setting up a table with raffle items. Mike in far left corner, then Pat Schue behind Bonnie. I'd ridden down with Pat and it was still dark when we left. We may not have snow yet, but we do have dark. 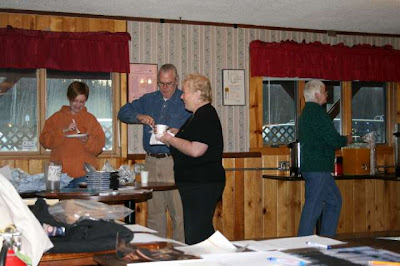 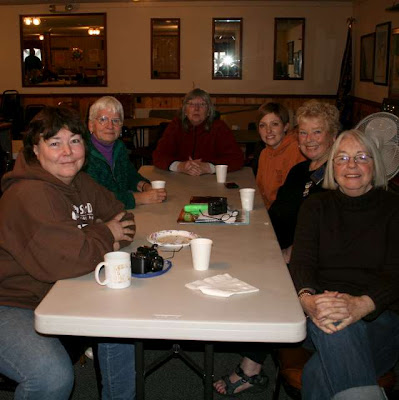 From Left: Theresa, Pat, June (taken with my camera, hence the look as I wondered if it'd worked), Leslie, Gail and Bonnie. It was great to be able to touch base with everyone in person for a change. Even tho' we email and chat on Facebook regularly, I hadn't seen most of these folks since race time! 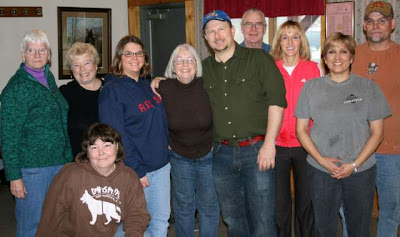 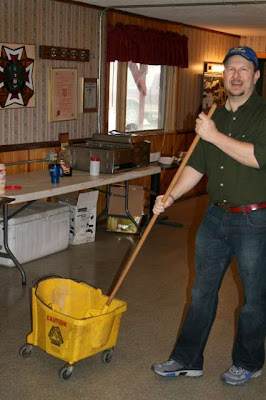 You never wanna let these mushers get too egotistical, you know, so we put Mike to it mopping up a spill at one point. Ha 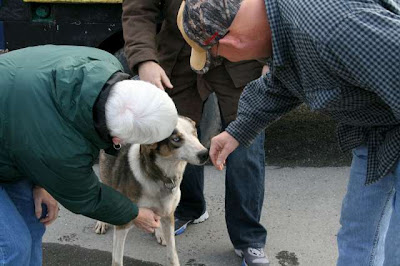 Did you have to wonder if any of Mike's dogs were there? Why else do you think I'd get up in the middle of the night (Okay, 6:45, but it WAS dark) to go to Eagle River, even for pancakes. 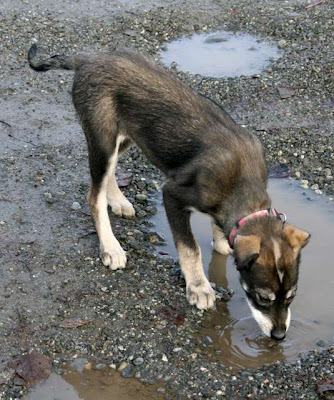 Even more importantly, he'd brought out a couple pups. It's amazing to see the athlete in these incredible dogs begin to emerge at such a young age, not to mention that this was about the only time either one of 'em stood still long enough for me to even get a half-way decent shot. Mike told me the whole lineage but since I don't do mornings, it seems to have gone in one ear and out another, tho' recall they're mostly outta some of Sab's dogs. 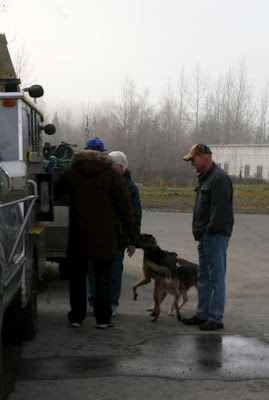 Winding down and loading the dogs back up. The main reason for this photo i to point out that something big is missing. What? The mountains that would normally be directly behind them were totally fogged in and it was closing in on noon by this point! Still and all, a good time was had by all and I got my pancake fix for awhile!!!
Posted by June at 5:49 PM