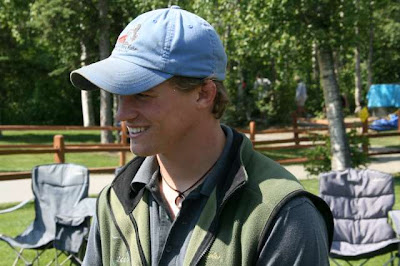 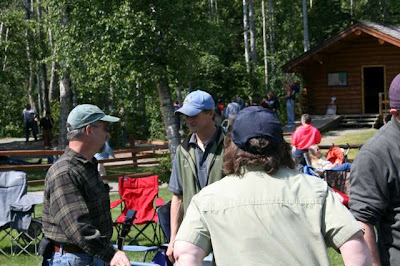 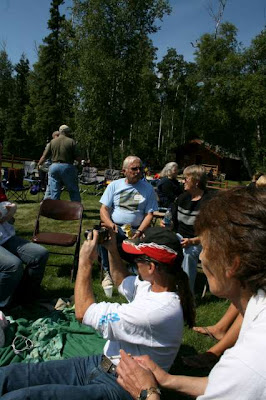 Oh, dang, is Lance practicing to take over my photographer spot? 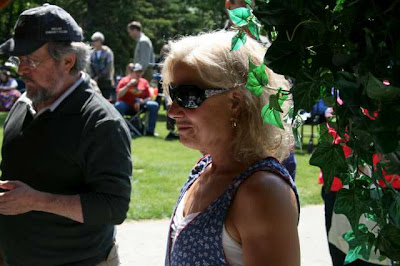 DeeDee waiting for her credit card to go through the machine. 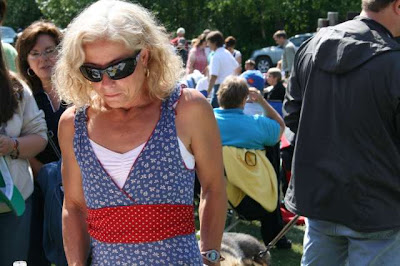 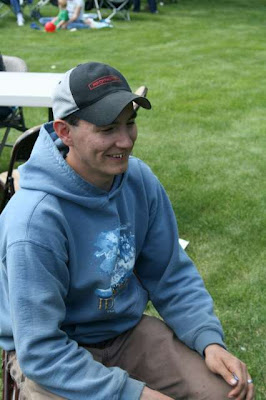 Ryan Redington having a laugh. 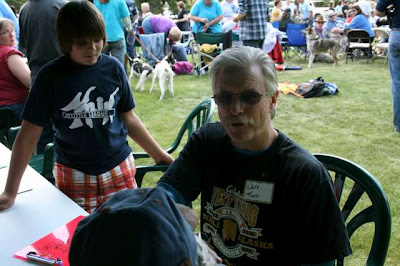 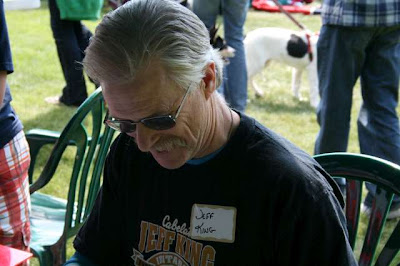 Jeff attends to the ever popular paperwork. 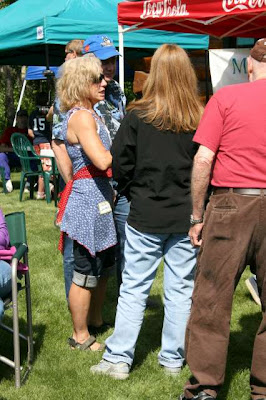 DeeDee talks to fans and volunteers. 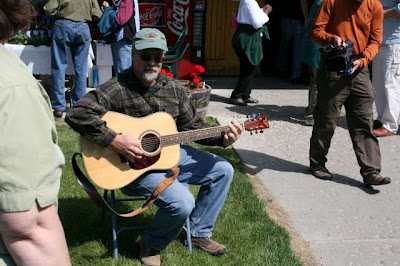 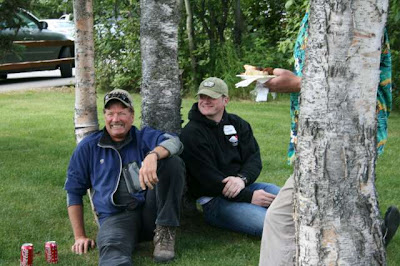 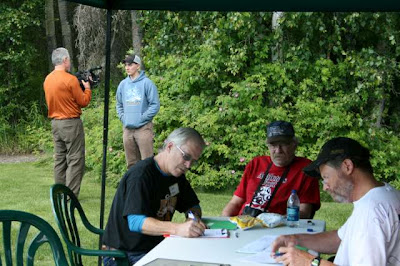 Two for the price of one photo, Chas interviewing Ryan for the Insider to the rear, Jeff still working on that dang paperwork, as is Jim Lanier, right. 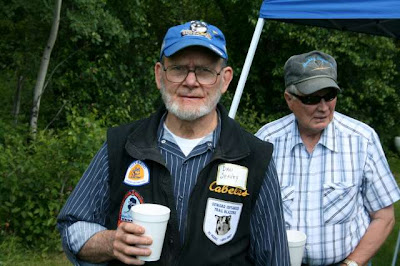 Dan Seavey. Never saw Mitch, so not sure if he was there. 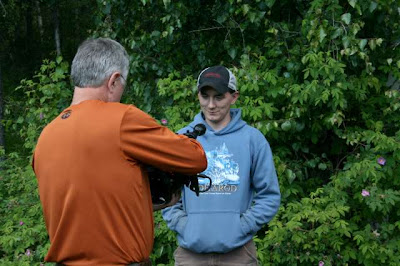 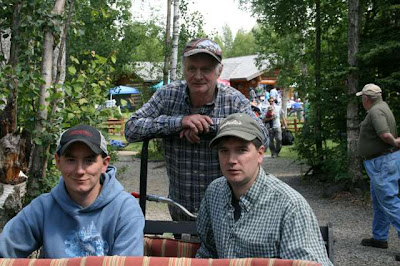 Ah, ha, after trying all day to get the Redington Clan together, Barb Redington and I finally managed to get them all in one spot for some photos. Ryan and Ray, front, Raymie, rear, on the cart Raymie uses to give rides. 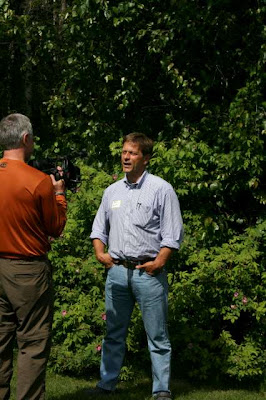 Chas has moved on to interviewing Martin. 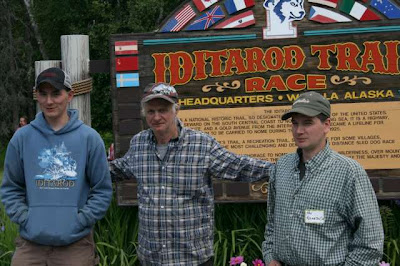 Ryan, Raymie and Ray....while we had 'em, Barb and I ran 'em all over the place to pose. Thanks, guys! 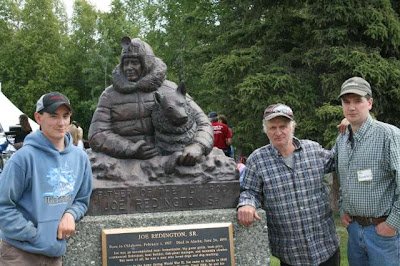 If you count Joe's statue, we've got three generations of Redington mushers here, too, just as with the Mackey Family. 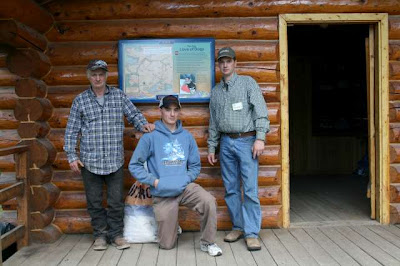 Poor Ryan, I told him he had the youngest bones, so he had to kneel down. They're in front of the little cabin at HQ that's a replica of Rohn Cabin, standing in front of a sign with a tribute to Joe Redingto Sr. 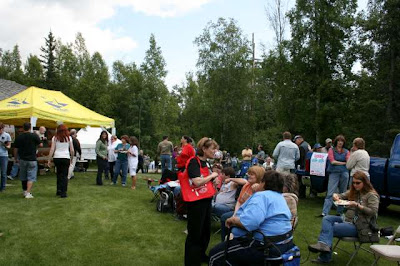 Crowd shot, looking toward where the food was. Karin's sorta left center, looking right at me. 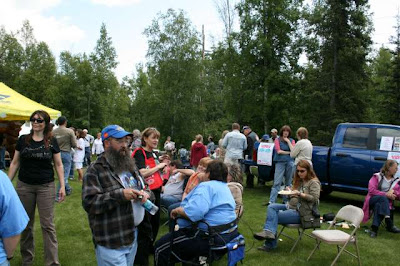 More crowd shot. When you start seeing crowd shots, it's a sign I'm wearing down, which I was, so standing near he end of the sidewalk just sorta swinging around in a circle and taking pix of whoever popped up. 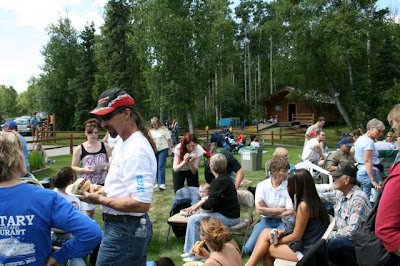 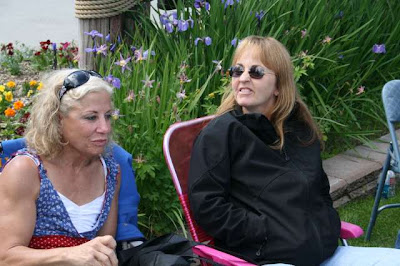 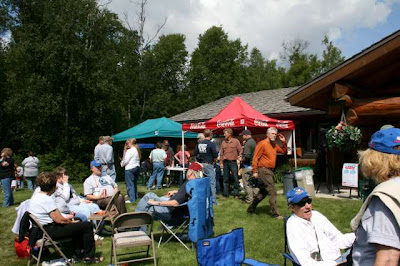 And, I'm outta here as Chas, in orange shirt, walks across the yard. That's GG Goss front right, who I cut in half and missed her face. She was taking photos, too, and Gail S. had just arrived, so should be more photos soon from not just them, but others, I'm sure.
Posted by June at 3:27 PM