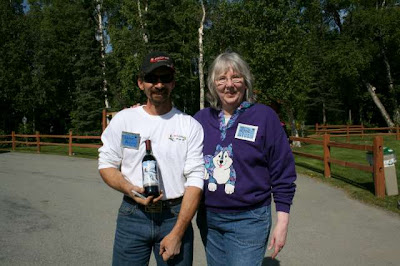 I don't normally do the pose with the mushers thing, but this one is for you, Bonnie Lundberg, to prove that I not only remembered to wear my duct tape/blue tarp name tag, but that Lance was wearing one, too. He loved it. 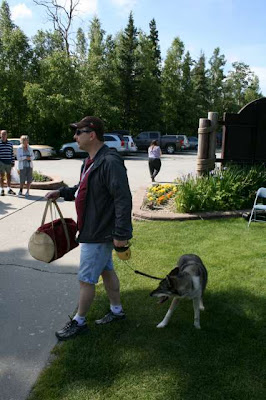 Mike S. and a furry friend 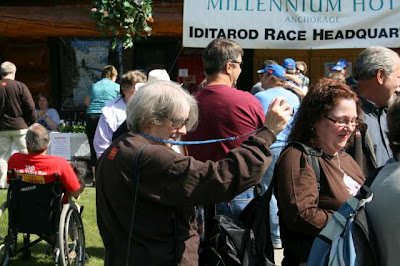 Donna, center, taking a photo of...I have no clue. 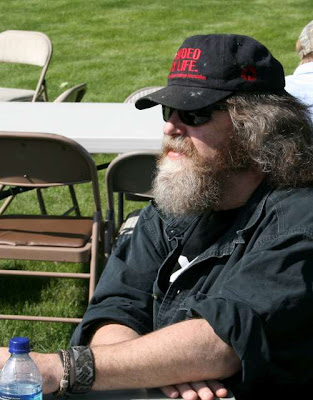 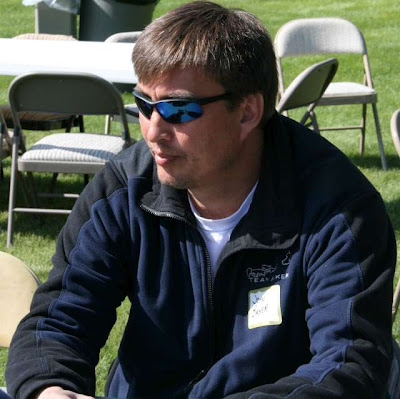 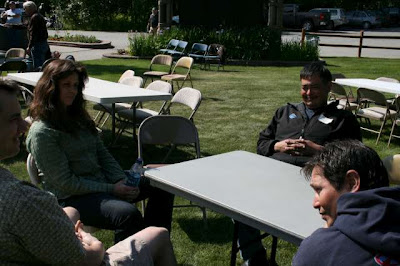 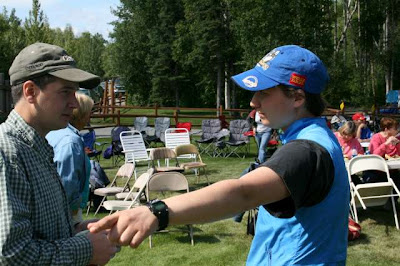 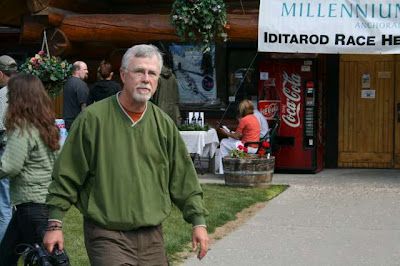 Smile, Chas, you're on candid camera. 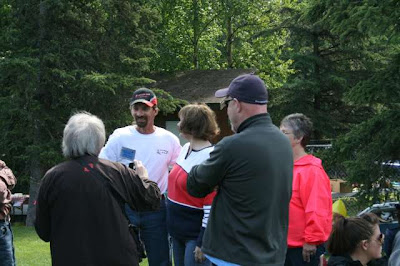 Please note, that even when he took off his jacket, Lance hung onto his duct tape name tag. 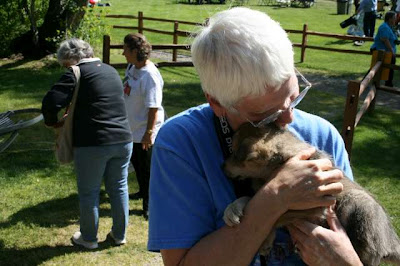 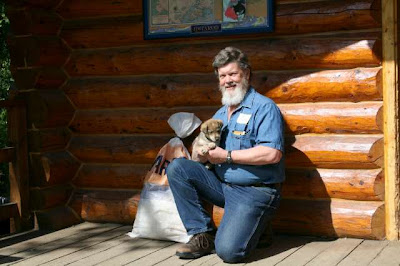 Eric, who was actually posing for Theresa, but the pose was too good to ignore. Besides, I had my eye on snagging the puppy. Ha 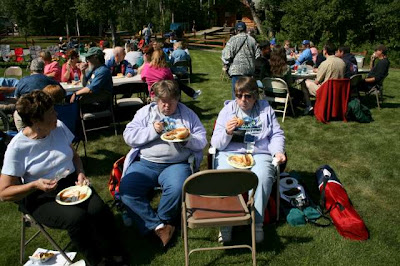 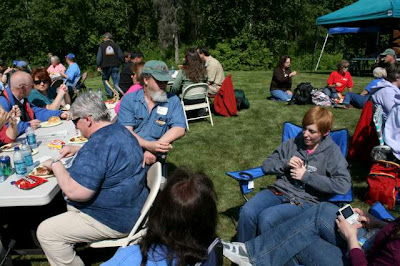 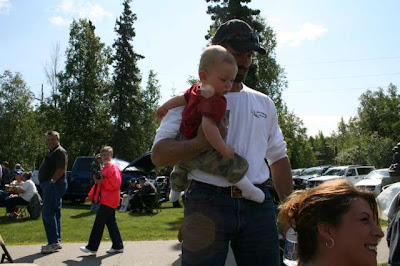 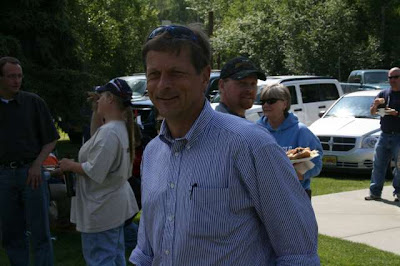 Martin (and I think that's Clint Warnke behind him in the cap). 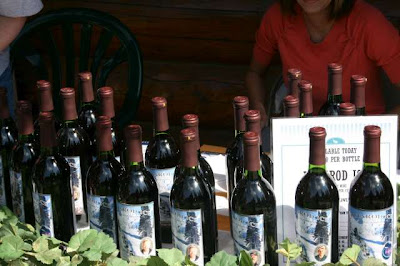 New souvenir, wine with different mushers featured on the bottles. Shhh, don't tell anyone, I came home with a bottle. 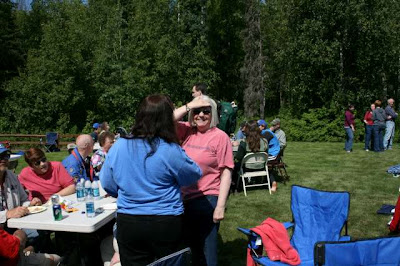 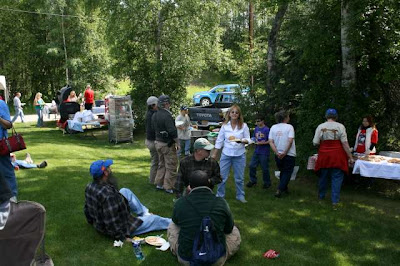 People found a comfy spot on the ground or a chair and ate. 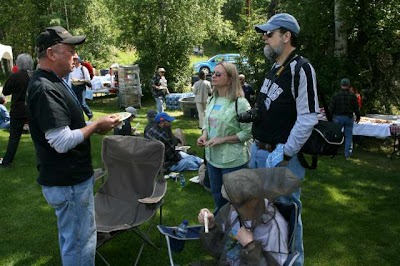 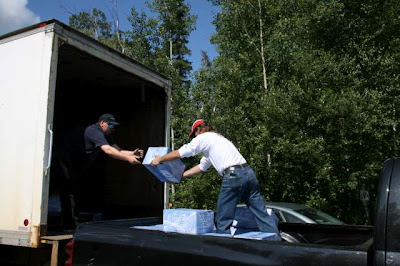 While picnic'ing, Lance received a load of bottled water and helped move it from the delivery truck to the back of his truck. 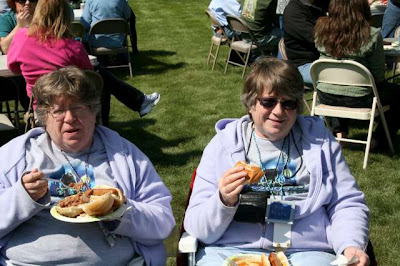 Rae and Kay, or is it Kay and Rae. Check the duct tape name tag to be sure! 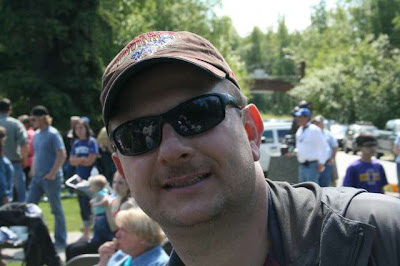 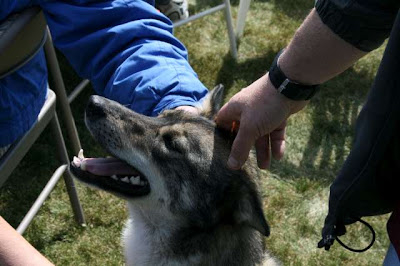 What a pretty face. 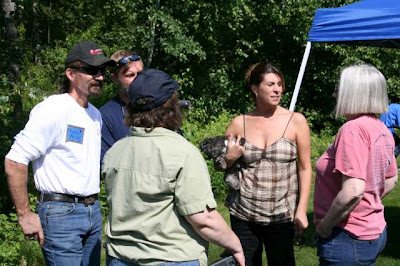 I'm not sure what they were talking about. You'll have to ask Bonnie, right. 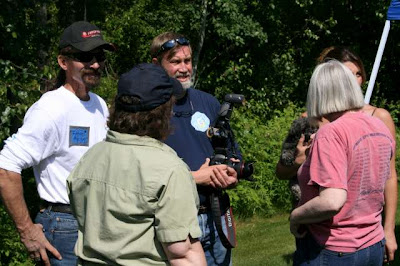 Jeff Schultz was there, camera in hand. 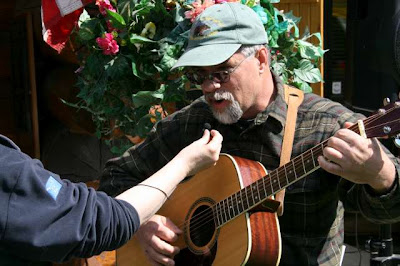 Without looking, can't recall the last name, but this is Herb, the new TOTT, who plans to take his guitar up the trail with him. How cool is that? He did a couple songs for the crowd. 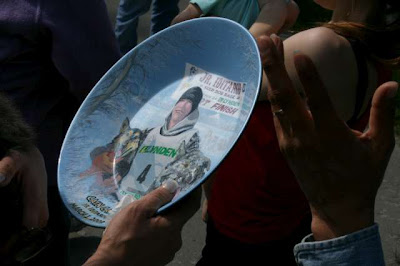 I hope Theresa got a better photo of this than I did, but it was awarded to Cain Carter for winning last year's Jr. Iditarod. The dogs pictured with him on the gold miner's plate are Rev and Dred. Don't be too impressed with my doggie ID skills, tho', cos I had to ask him to be sure. 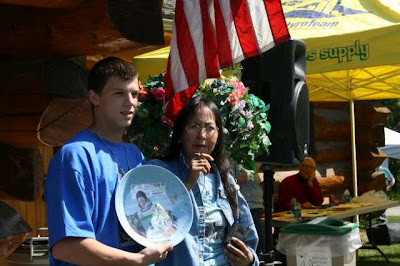 Barb Redington, right, did the honors of awarding the plate to Cain. 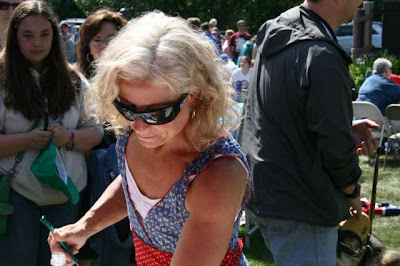