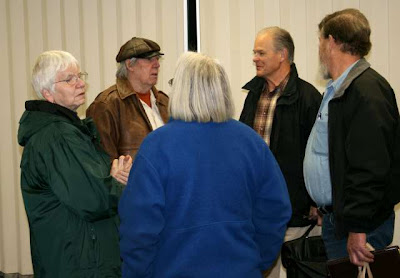 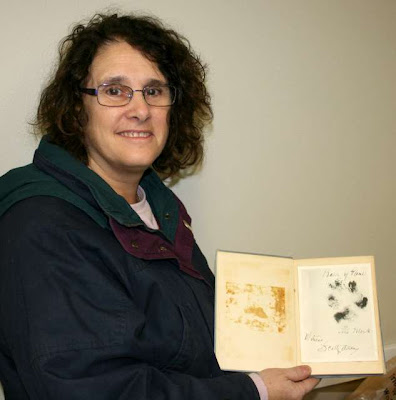 Jane Haigh, author of Gold Rush Dogs, shows off a copy of Baldy of Nome not only signed by Esther Birdsall Darling but Baldy himself. No, don't think it was really Baldy's paw print, but Darling did provide the paw-tograph. Very, very cool. 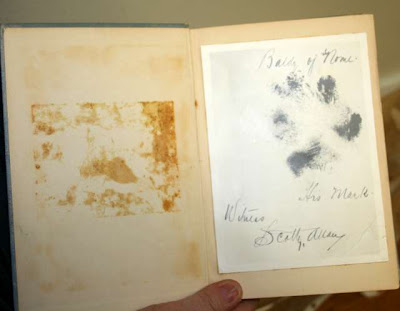 Alas, the interior bookplate was faded, as were the autographs, but at least a closer look at what I got to hold! 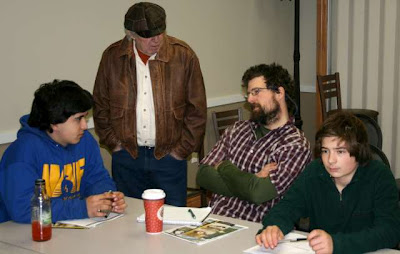 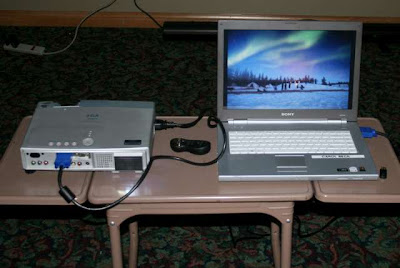 I couldn't resist stalking the presentation computer when I saw it cycling some photos, including this one. 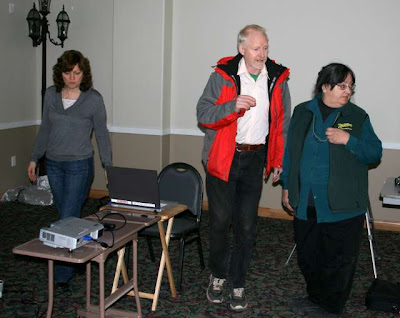 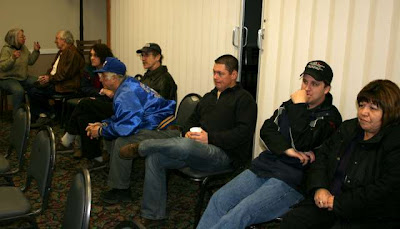 Back row attendees, who eventually moved forward when some folks re-configured the room a bit. 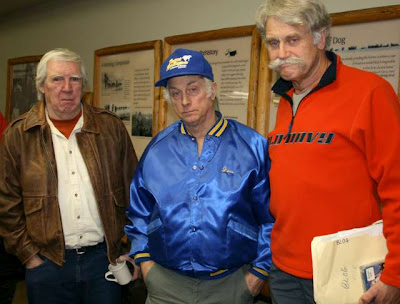 Jeez, guys, smile! Joe May was modest and thought he shouldn't be in the photo since he wasn't a presenter, but I put on my "boss the mushers around hat" and made him pose with Joee Redington and Jeff Dinsdale. 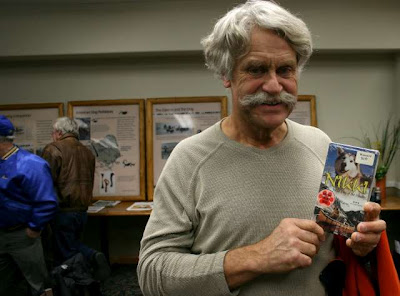 Post his presentation, Jeff posed with the movie about "Nikki," a Disney sled dog. He gave us lots of history about the dogs involved, including the fact that tho' there were many dogs used as Nikki, the chief Nikki was from the kennel of Joe Redington Sr, with Joee tossing in some added info about the dog, which had been Timmy's, he says. 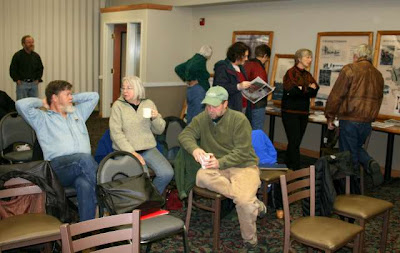 I'm not sure if we'd worked our way up to lunch yet or not, but given that bodies are missing, we must have. As one who doesn't do mornings well, not to mention is outta practice doing them, I wandered away from home this morning without a sandwich, so my thanks to Pat for sharing part of her lunch with me. I really do need a keeper sometimes. Ha 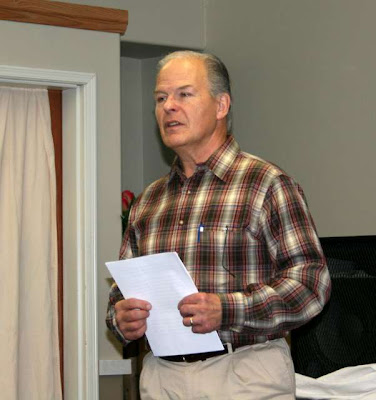 Rod Perry, who ran the very first Iditarod ever. I managed to snag an autographed copy of his first book while he was there, but today's presentation was a bit of a dramatic reading focused on his second book, which will be the one to focus on the race itself. Think Robert Service, very dramatic and well done. 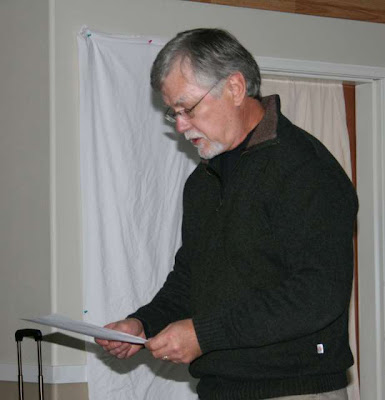 Chas dropped in to give us a sneak peek at the upcoming video by the Iditarod on the history of the race and, let's face it, mushing itself, too. He had a slide loop going behind him but right here he's reading a letter they've found that was written by Joe Sr. in the midst of trying to make that first race happen. A great conversation between many followed. 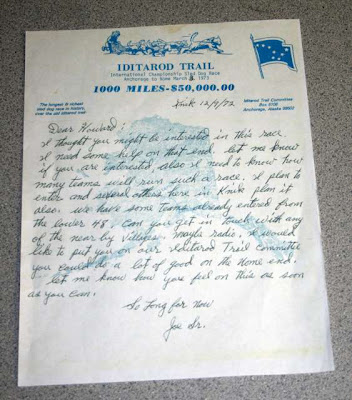 I don't think Chas will mind me sharing a photo of the actual letter to Howard Farley of Nome that he was reading from above. 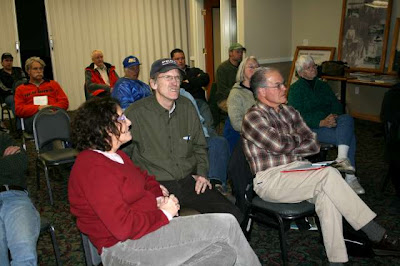 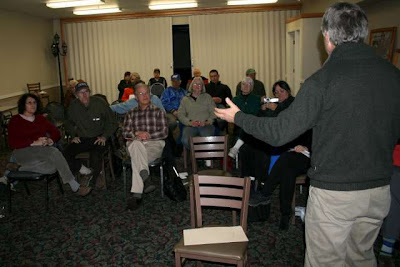 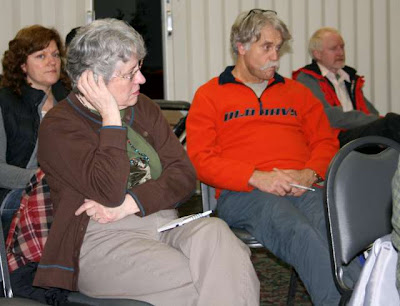 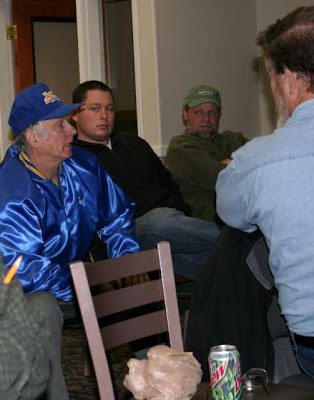 Joee Redington, in the blue jacket, showed a powerpoint presentation he'd made with his dad for a symposium in Fairbanks. Joe Sr's voice was the narration and it was a look at "50 Years of Dog Mushing," including photos of the climbing of Denali with dog teams that Joe Sr. made with Susan Butcher. 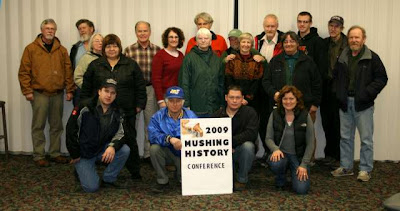 I don't have everyone's name, so will wait for Helen to fill in blanks for me, but this was the bunch left at the tail end before I headed out.
Posted by June at 9:27 PM